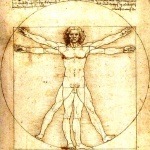 The first time you meet someone new one of their opening questions is likely to be “What do you do?” The answer to which is only ever expected to be singular.

Why, in such a supposedly enlightened and forward thinking society, is it assumed that we can only do or excel at a single thing? Isn’t this limiting our natural potential by conditioning everybody to think they can only be good at one thing?

Based on your answer to the above question, you are likely to be stereotyped and pigeon holed by your newly met acquaintance, and will probably have to work very hard to convince them otherwise of your multifaceted personality.

Imagine you travelled back in time to Italy in the late 1400s to a grand social function and were introduced to Leonardo da Vinci. Would you break the ice with such a banal question as; “So, what do you do for a living?”

If you did, what would his answer be? “Oh, I’m a painter… and a sculptor, and an inventor and a scientist and an anatomist and an architect and an engineer and a mathematician and a botanist and a writer and a musician, why, what do you do?”

It would probably be easier to just classify him as a polymath, the true archetypal renaissance man or homo universalis!

However, in modern society, it’s difficult to comprehend that anyone like Leonardo could exist today. Perhaps it’s because our level of knowledge has moved on so much that it is so much harder to excel at numerous things, but perhaps society also doesn’t want us to or isn’t capable of accepting it.

More and More about Less and Less

I once attended a university lecture from one of my professors entitled “All about nothing”. His chosen subject was scanning electron microscopes and in particular the vacuum conditions required for them. He was becoming increasingly specialised, knowing more and more about vacuums (essentially nothingness), with his ultimate aim to know everything about nothing!

This certainly seems to be the way that society drives us, to slowly narrow down our field of expertise, while we know more and more about less and less until we become a specialist or guru in our micro field.

Being a specialist can have many advantages, it can also have significant drawbacks. While times are good you can probably command quite a high salary. However, if times change, or you just fancy moving on, then your specialisation may work against you as there will be fewer potential job openings, or you could price yourself out of the market.

Jack of All Trades

However, if you adopt the alternative approach and try to tackle a broad spectrum of activities, you’re invariably classed as a jack of all trades (master of none), which is not usually meant in a positive way.

It’s probably difficult to achieve the same proportionate level of expertise across the board as Leonardo did 600 years ago due to our rapid advancement in knowledge. But having a good practical working knowledge in a variety of disciplines should be considered a tremendous asset and not necessarily frowned upon.

A jack of all trades doesn’t have to mean you are just mediocre at everything. While you can spend years learning all there is to know about a particular topic, you can probably learn 80% of what you practically need to know in 20% of the time. The rest becomes diminishing returns.

May be it then comes down to different levels of mastery. At what point do you go from being a specialist to a master to just plain mediocre?

Most projects traditionally involve numerous disciplines, which could include graphic design, product design, mechanical design, electronic design and software design, to name but a few.

Who would make the best project manager; the computer guru, the artistic product designer or someone with a good understanding of all disciplines, but isn’t a “guru” in any particular one?

Surely an ideal candidate would be our “jack of all trades”, who could communicate with all teams with a good understanding of the challenges they are facing, while retaining an overview of the complete project.

Innovation often comes from the cross fertilisation of ideas between disciplines. Wouldn’t it follow then that a person with a diverse background of knowledge would be better placed to see these opportunities and capitalise on them?

Leonardo was renowned for his inventions, but it was probably his broad range of knowledge across so many disciplines that inspired him and enabled him to visualise them as real possibilities.

Web design is a trade that doesn’t attract the same technical kudos as does say a computer programmer, or a graphic designer for example, but is considered a jack of all trades. After all, little Johnny in his bedroom can design websites with Microsoft Frontpage can’t he?

However, good web site design requires quality graphic design coupled with software programming, two skills that are usually considered at odds with each other. So not a job for a specialist, unless working as a member of a multidisciplinary team.

How many company leaders and entrepreneurs are specialists in a particular field. Not many I suspect. While Bill Gates might be a reasonable programmer, that’s not the reason he was the world’s richest man for so many years running. Microsoft is full of technical gurus, but Gate’s understanding of all aspects of the business is what got him to the top and kept him there for so long.

So, which is your preference, do you want to know more and more about less and less and risk becoming too specialised and insular, or would you prefer to broaden your horizons and become a more rounded and flexible generalist?

After all, they say that variety is the spice of life, so would this lead to a happier and more contented existence, or is that just too much to hope for…