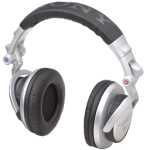 While the terms mono and stereo are probably familiar to most people, the term joint stereo is certainly much less common. So when is stereo not stereo?

Most of the music that you listen to today is likely to have been recorded and designed for playback on a stereo system, either through a pair of headphones or a pair of speakers. Even very cheap portable systems nowadays are just as likely to include two speakers for stereo playback as they are a single one.

So if the days of mono systems are all but over, what’s this joint stereo nonsense all about? Is this a retrograde step or something altogether more cunning?

In the beginning there was mono. The very first recordings ever made were in mono and were recorded by Thomas Edison in 1877. Mono, or monaural, is sound reproduced from a single audio channel.

While a mono audio channel can be played back through a pair of headphones or speakers, this doesn’t make it stereo, as the same audio signal is being fed to both speakers simultaneously.

Stereo was a much later invention, pioneered in the 1930s and developed to try and give listeners an impression of spatial separation between sounds, i.e. hearing a violinist on the left and a cello on the right, creating a more realistic or natural soundscape.

Stereo, or stereophonic sound, is conventionally accepted as sound reproduced from two audio channels (although the true definition of stereo is a little more esoteric and beyond the scope of this article). As such a stereo playback system usually has two speakers, one dedicated to each audio channel.

The word stereophonic is a made up word derived from the Greek stereos meaning solid and phone meaning sound, which is normally just abbreviated to stereo.

While the concept of joint stereo has been around for many years in various guises, it is really in the context of MP3 recordings that we are interested in it now.

MP3 files are designed to compress data, saving on storage requirements and reducing download times, and joint stereo is another means to this end.

Joint stereo is a method to save additional space while retaining a stereo signal, exploiting the fact that most music contains relatively little difference between the left and right audio channels.

MP3 tracks can utilise two different techniques to encode joint stereo; intensity stereo or mid/side stereo. Out of the two, the mid/side version will usually provide the best audio quality.

Intensity Stereo saves space by combining the left and right audio channels at certain frequencies into mono. The reason behind this is that the human ear is insensitive to the direction of sounds at very high and very low frequencies.

Intensity stereo is traditionally used for low bit rate recordings (96 kbps or lower) where some stereo is required, but having full stereo would adversely affect the audio quality too much.

Mid/Side stereo, sometimes referred to as matrix stereo or M/S stereo, has been around for years and is used in FM radio broadcasts.

So, where and when is it appropriate to use joint stereo as opposed to full stereo or mono?

If your track is predominantly mono, such as a speech podcast, then the best audio quality will be achieved by encoding the track in mono.

Generally speaking, encoding an MP3 track using joint stereo will give better quality for the bit rate used compared to using full stereo. For higher bit rates however (256 kbps and above) it’s probably best to use full stereo.

Unfortunately, audio quality can vary significantly depending on the codec (the compression engine) used in your encoding software, as not all codecs were created equal. Some will perform much better with joint stereo than others, and it’s really difficult to predict until you actually give it a go.

If you want to be really certain, do a few test recordings on a good playback system at the bit rate you intend to use to see if there is a significant audible difference between joint stereo and stereo. If you can’t hear a difference, then don’t worry about it too much; the sun will continue to set every night and rise every morning!