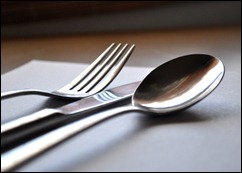 As a species we have adapted to eat a broad range of food, from nuts and berries to fruit and vegetables through to meat. We are opportunistic omnivores by nature and in a large part owe our species’ survival to our broad dietary capabilities.

Some creatures are herbivores (rabbits for example), some are carnivores, such as lions, and some are omnivores like Homo Sapiens; you and me. By definition, omnivores eat everything. The word omnivore comes from the Latin, omni = “all’’ and vorare = “to devour”.

Our anatomy and physiology is overwhelmingly adapted for the mastication and digestion of a wide range of foodstuffs from roots, nuts and berries, fruit, vegetables to meat. It’s all part of our success and adaptability.

Our diverse diet is not a recent adaptation by any stretch of the imagination.

According to archaeological records dating back over a million years ago, our ancestors Homo Erectus ate a varied, omnivorian diet and even softened raw foods with fire and tools leading to the evolution of our smaller molars and stomachs.

Our ability to eat a wide variety of food is thought to have been a significant factor in our species’ survival through the last ice age.

If you don’t believe in evolution, and you don’t eat meat, then here’s a short informational message for you; “we are designed to eat meat!” Even God says so. There must be Christian Vegetarians, so I don’t know how they reconcile the two opposing viewpoints, but the bible is unequivocal:

Genesis 9:3, New International Version:
“Everything that lives and moves will be food for you. Just as I gave you the green plants, I now give you everything.”

In other words, tuck in!

Now, it doesn’t mean we should be cruel to animals and treat them as such factory farmed commodities as we seem to nowadays, but it does say everything is fair game for lunch. 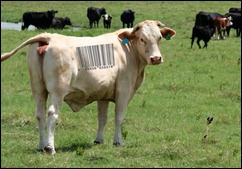 Real meat doesn’t come from a supermarket, pre-packed with a barcode.

Real meat comes from living animals and should be treated with according respect, not least of which because it tastes better.

In the not too distant past we were all intimately connected with the animals we ate. We either looked after them ourselves (as our very lives depended on their well-being), or we hunted them in the wild.

How things have changed?

When I stop to take account of the different kinds of animal that I’ve eaten over the years, it’s a surprisingly varied and substantial list.

However, while I may have eaten a lot of different animals, I am quite fussy as to the actual bits of an animal that I eat. I really don’t like fat (a bit like Jack Sprat from the nursery rhyme), skin, squidgy or overly chewy bits. So the specific parts of any given animal that I might eat may be fairly restricted; not terribly good I know.

Jack Sprat could eat no fat.
His wife could eat no lean.
And so between them both, you see,
They licked the platter clean.

I am also more than happy to try new things, but I think I draw the line at insects. Although not everything I have eaten was a vertebrate, generally speaking I like my meat to have had a backbone.

So, what have I eaten?

Animals of the Water

Animals of the Air 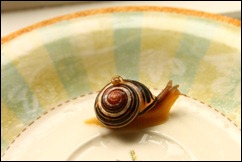 Animals of the Land

Unbeknownst to me I may have also eaten other animals, but as I was clearly oblivious to these at the time I cannot with certainty add them to any of the above lists.

Over time however, I am sure that I will continue to add to my lists as a “work in progress”, slowly but surely munching my way through the animal kingdom.

So, that’s what I’ve eaten. What different meats have you eaten that I’ve missed off my lists, which you think are worthy of consideration for future dining?