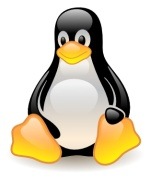 Like many people, I’ve used Microsoft Windows operating systems exclusively for more years than I care to remember. Now, while I’m not about to abandon my comfort blanket entirely, I’ve decided it’s about time to poke my nose out from under the Microsoft blanket and explore the world of Linux; to see what all the fuss is about and if it’s something that I can put to good use.

For the average user, the only serious contender to a Microsoft based desktop PC for regular daily use is an Apple Mac computer with their proprietary operating system. However, if you already have standard PC hardware then Apple’s operating system isn’t really a viable option as it only runs on their hardware.

For the more adventurous however, a third, lesser known alternative exists that also runs on standard desktop PCs: Linux. While Linux is becoming a popular operating system for the new wave of notebook PCs, it’s probably better known as a server based operating system (servers running Linux form much of the backbone of the internet, particularly web servers).

Whilst Linux dates back to 1991, it wasn’t until relatively recently that it became considered as a serious alternative desktop operating system, partly due to its popular Ubuntu version being offered pre-installed by PC manufacturers such as Dell.

Now, while I don’t intend to abandon Microsoft as my operating system of choice for my regular desktop PC just yet, I have decided to dip my toe in the Linux pool and experiment setting up a web server on an old PC with Linux. After all, server systems are where Linux flourishes.

On my home network I currently run Microsoft Windows Server 2000 on an old machine to store my music and pictures, which is accessible by all of the client machines throughout the house. As I develop websites, this machine also acts as a development web server.

However, this server is beginning to creak at the seams and is certainly well passed its sell by date. As most of the websites that I develop end up being hosted on web servers running a version of Linux, it would make sense to have a web server at home running Linux so that I can develop and test web sites in an environment more representative of what they’re likely to be hosted on in the wild. 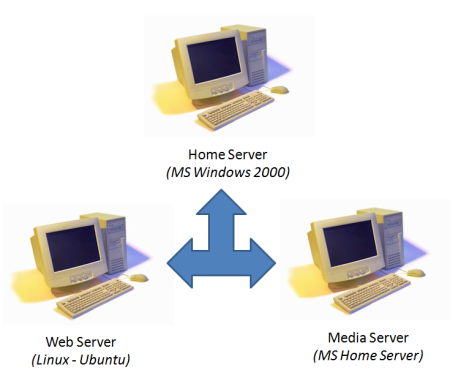 At this juncture I’ve decided to split my home server system into two. One running Linux for web site development, and a second running Microsoft Home Server with a few terabytes of storage for music, pictures and video.

Linux comes in many flavours. One version that is gaining a lot of publicity at the moment is Ubuntu, which is available as both desktop and server versions.

The desktop version is essentially built on the server version, but with a graphical user interface added, plus other goodies like the Firefox web browser and the OpenOffice suite of office programs.

As Ubuntu seems very popular, with quite a lot of support for it via internet forums etc., this is my choice of Linux.

If at first you don’t succeed…

I did install Ubuntu (desktop version) on an old machine about six months ago to play with out of curiosity, but never really got too far with it. I eventually gave up, not feeling I wanted to invest the time required to learn a completely new operating system on a whim.

When my present server system started hitting it’s limits I decided that it really was time to decide on a definite course of action for its replacement.

My initial thoughts were to use Microsoft Windows Server 2008, but this is a bit of overkill for what I need, plus pretty expensive. I then stumbled on Microsoft’s Home Server offering. This captured my attention, partly because of its price (about a fifth of its bigger cousin) but also because it’s specifically designed to stream audio and video media and back up all of the home PCs and replicate its data across multiple discs to provide fault tolerance.

The downside however is that this operating system doesn’t support a web server suitable for the development of websites. Thus, if I want to use Microsoft’s Home Server I will need another server for web development. Linux is the obvious choice for two reasons. Firstly because it’s the operating system that the websites will end up on anyway, and secondly it’s FREE!

So, if I’m going to go this route I thought I’d best have a serious attempt at getting a Linux server running on my old machine to make sure I could get it to do what I wanted it to, before investing in new hardware for my proposed new servers.

If things go to plan, I hope to write a few posts on how I set the system up and the pitfalls encountered.

Fingers crossed, into the abyss we go. Watch this space…